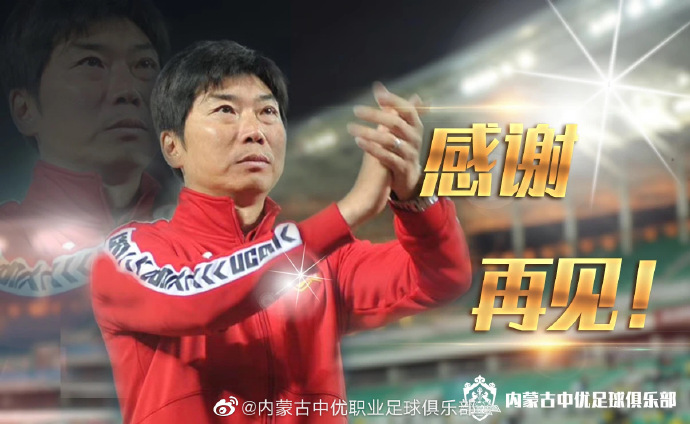 In order to achieve good results in the 2019 Chinese League,In February 2019, the club hired Liaoning football star Chen Yang as the team’s head coach.Under the leadership of Chen Yang’s coaching staff,In 2019, the Hohhot team of the Chinese League A has a good result of 15 wins, 6 draws and 9 losses with 5l points.Ranked seventh in the standings,In the middle of the league, he won seven consecutive victories.Climb to the top of the standings.

In 2020, Chen Yang’s coaching staff will stick to their posts.On the premise of doing a good job in the prevention and control of the new crown pneumonia epidemic,Actively prepare for war,work hard,Ensure the excellent competitive state of the team.

here,Thanks to Chen Yang’s coaching staff for their contributions to Inner Mongolia football and clubs.